Today is the century of informaion and Internet. There is a set of dating sites and social networks on which people get acquainted, fall in love, marry etc. Users from Russia, Ukraine or CIS, can impersonate themselves with fake accounts and make fraud (swindle) on the Internet dating sites. Besides of dating sites marriage swindlers can get acquainted in real life. As a rule they “work” far from places of full-time residence, from the relatives or last victims. Except direct requests to transfer money under different pretexts other scam methods are also used on dating sites and social networks. Most often, such scammers (swindlers) can ask copies of documents for a design of credit cards, can involve in different criminal schemes, etc. 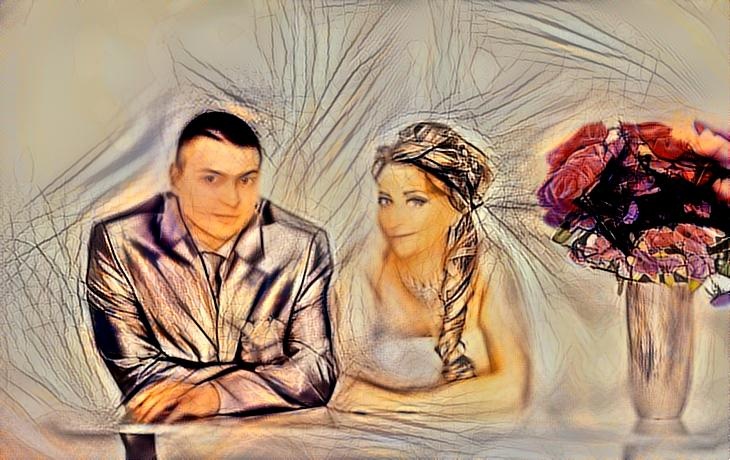 During the detection of marriage swindler, separate detective services are used in a complex (such as collecting of data on person, search and verification of information, cyber investigation, check on a polygraph (lie detector) etc.)

SWINDLERS ON THE INTERNET OR SCAMS

Service of a detection (identification) of marriage swindlers on the Internet (social networks and dating sites) is not only especial case on collection of information of the Internet user. If check on fraud by other actions is required you can esteem about opportunities of DASC detective agency in adjacent services on other tabs of this website. Scam – a type of fraud in the Internet, scammer – is the person making deception by means of the Internet by communication with the victim on social networks, dating sites and other means of an electronic communication. Based on our analysis it is possible to draw a conclusion that the most part of scam is made on social networks and on dating sites. The social network VK and dating service Mamba is in the lead at Russia, Ukraine and CIS. Private detectives and IT specialists of detective agency DASC possess skills by determination of swindlers on their behavior. And also widespread methods of marriage swindles (scammers) of Russia, Ukraine or CIS countries are known to us. We hope that this service will be useful and can help someone not to fall into a trap of a swindler.

Russian swindlers at first, get acquainted on social networks and on dating sites from pages of beautiful girls or charismatic men (well it is clear, these pages and questionnaires are fake). Throughout some time they communicate, telling about themselves different “legends”, and then ask to transfer money for the visa or air ticket to arrive and make happy their darling. It should be clear that afterwards receiving money nobody ever comes anywhere, and a profile from social networks is removed or ceases to be visited. According to the statistics of detective agency DASC, the most part of the Russian scammers (about 80%) goes from the Republic of Mari El, namely from its capital of Yoshkar-Ola, and also it is a little from Tatarstan (the city of Kazan is in the lead) and from Yekaterinburg (Sverdlovsk region). Recently scum from the Republic of Crimea and the city of Sevastopol became frequent. But it is not sophisticated as in the Republic there are a lot of refugees from Donetsk and Luhansk – “people should survive somehow”. They have no work and in general stay in the Crimea semi-legally – so they are engaged in “stains”. Such conclusions are made by results of work and carrying out investigations on several similar situations.

The Ukrainian scammers (swindlers) specialize in several types of deception on the Internet. Most often, the foreigner is written by the beautiful girl, she reports that does not speak English and translation agency or agency of acquaintances helps to write her. After a while, when the foreigner will become interested in “passion”, swindler reports that it is unprofitable to pay for transfer of the text to it and will not be able any more as it has no spare cash. The foreigner suggests to pay a translation service in order not to lose contact. The swindler gives the address of “pseudo-agency”. It is clear, that agency and “girl” are the same person. The most widespread regions of Ukraine from where goes the scam are Kiev, Kharkov and Odessa.

INTERNET FRAUD AND METHODS OF SWINDLES AND SCAMS ON THE INTERNET

DASC detective agency has the technique of investigation of scam and identification of swindlers. Let us describe examples our private detectives, search specialists, analysts and IT engineers faced during the work. We know psychology and specifics of marriage swindlers and offer the consultation on such questions (widespread legends etc.), Methods of check of such interlocutors before carrying out full investigations is very familiar to our specialists.
There is a lot of types of scam and methods of swindles on the World Wide Web (Internet):

Classical swindle
The swindler communicates a long time and attaches the victim to himself, says about love. Then something happens to swindler or his “child” and he asks to transfer some money. It often happens in anticipation of the fact that swindler is going to “arrive” to the victim on a visit. Such type of swindle is laid up more often for European women. Swindle is implemented by citizens of the CIS: Russia, Ukraine, Kazakhstan, etc.
Swindle “parcel got stuck at customs”
Swindler allegedly sends you expensive gift. Normally it is smartphones, tablets, notebooks, jewelry or cosmetics. The false gift usually costs about 2000-3000 US dollars. Swindler can show the official register of a carrier (express agency) with the list of contents on the form with printing to the victim. Transfers contacts of the courier – website, phone, e-mail address and number of sending for its tracking. But parcel with a gift does not come, the victim contacts this “courier service” and it turns out that parcel got stuck somewhere at customs as documents were incorrectly completed and to obtain customs clearance it is necessary to pay some amount, approximately in 200-500 US dollars. Victim comes across and pays as it is sure that a gift cost in several times more. It is clear, that there is no gift and parcel from the very beginning, and express mail is a scammer or its assistants-swindlers, and their website is a forgery.
Swindle “cashing in of bank checks”
The speculator sends a false bank check which asks to cash. Swindlers report that this check was sent to them by the employer. There is no such bank institution, for example, in the USA, and in Europe is. Here the swindler also asks to cash money from the check, to keep 20-30%, and the rest sends by the Western Union system. Such checks usually for several thousands of dollars are also made very qualitatively and written out not on the person but to bearer without demanding transfer transaction confirmation, something by the principle of the monetary certificate. Also imagine that European Banks in half of cases issue such means. DASC exposed the whole office which stamped high-quality different supporting documents, not distinguishable from original in the practice. Annually, the European postal service delays such checks for 600 million dollars. There now, the bank issued money, but in several weeks the check will return as false. This money will be collected from the victim and besides can reach criminal prosecution for counterfeit of bank documents and financial fraud. And the swindler vanishes after receiving money.